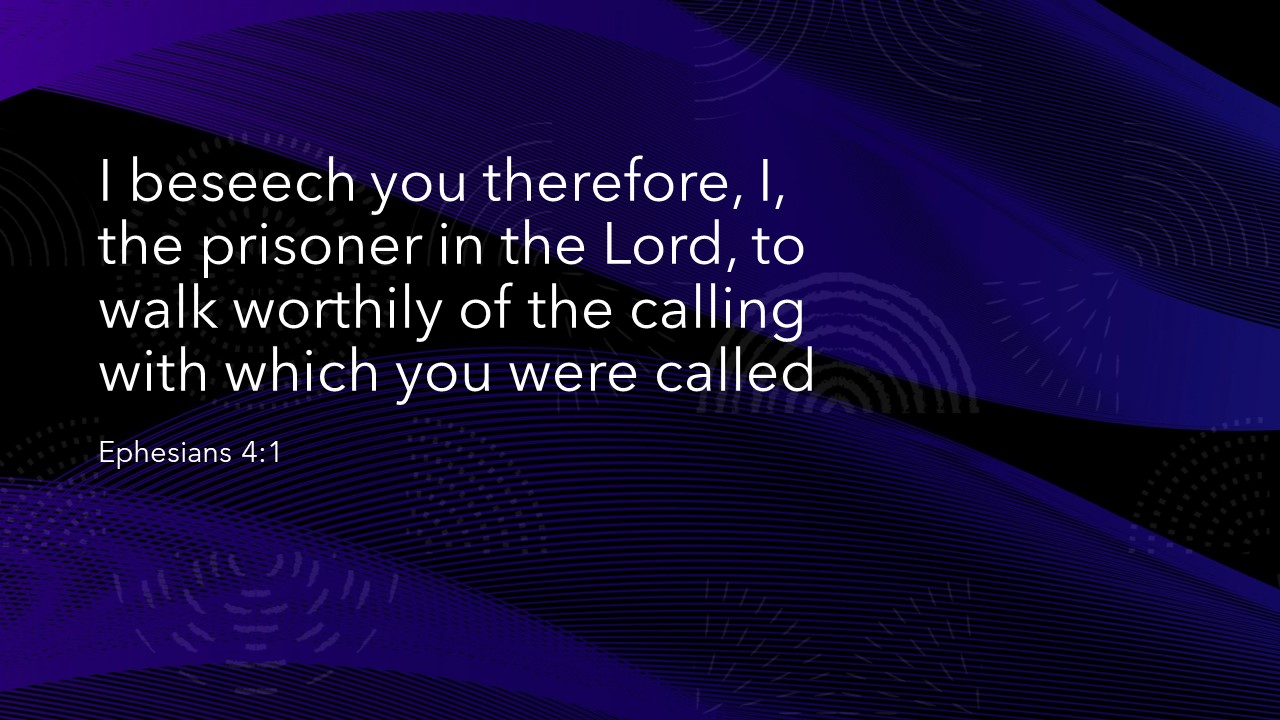 Ephesians 1:18 The eyes of your heart having been enlightened, that you may know what is the hope of His calling, and what are the riches of the glory of His inheritance in the saints,

Ephesians 4:1 I beseech you therefore, I, the prisoner in the Lord, to walk worthily of the calling with which you were called,

Every believer is a called one. I grew up knowing that certain ones served God because at a certain point in their lives, God would call them. They received “a calling”, I had been taught. Little did I realize that one day, I myself would also be called. What we find in God’s word is that every believer is a called one – “those whom He predestinated, these He also called.” (Romans 8:30) If it weren’t for God Himself calling us, we wouldn’t be saved.

When God called us, we were in the middle of our own pursuits. Why did He call us? It was not just to leave us there. He has a purpose and His calling has a purpose. When God called Saul of Tarsus, he answered, “Who are You, Lord?” (Acts 9:5) He also asked, “What do you want me to do?” (Acts 22:10). As the called ones, we must be like Saul who became the apostle Paul. The Lord has called us. We should likewise ask Him, “Who are You, Lord?” and “What do you want me to do?”.  We can fully trust in the Lord our God, who has called us. We can put our life in His hands. This One who has created all things and predestinated us and called us has a purpose and a plan. Why not open ourselves to Him in faith?